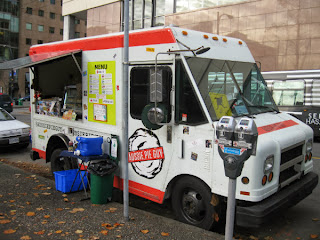 We don't have many Aussie food trucks near Portland, so I figured this would be a great introduction. The food is basically similar to personal-sized pot pies. Most of the choices here are savory, but there is a sweet apple pie option (appropriately called the "Sweetie Pie"). All pies are $8. 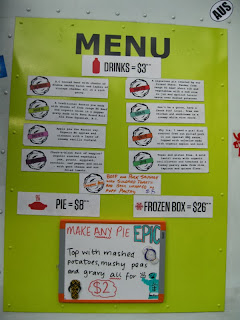 The "Aussie Pie" is their take on the traditional Aussie Pie: chunks of free-range BC beef and onion in a pepper gravy. The gravy contains locally brewed ale (Howe Sound Rail Ale from Squamish). This was outstanding beef, kept moist and juicy in the gravy.

You can make any pie "epic" by topping it with a scoop of mashed potatoes, a scoop of mushy peas, and a ladle of gravy for $2 more. It is awesome with the Aussie Pie to make it a more balanced meal. Admittedly, the gravy made the crust a bit soggier and tougher to work through without the use of a knife. I guess there was always the "pick up and make a huge mess on your face" option. 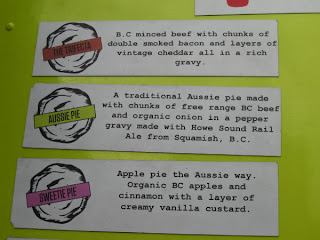 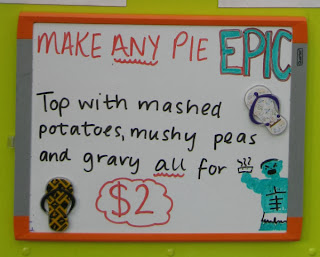 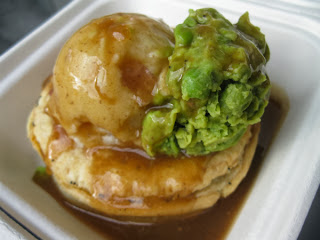 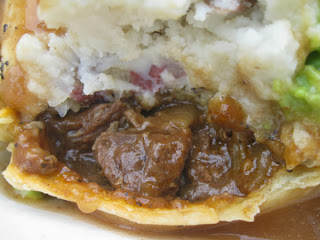 I don't think "epic" options would work as well with the Sweetie Pie, but hey, maybe someone has tried it?

Glancing at their website, I thought it was interesting that their current food truck was originally a USPS delivery truck. The food truck owner before them used it for her own business in Canada before moving on to other ventures. 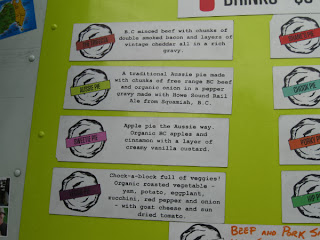 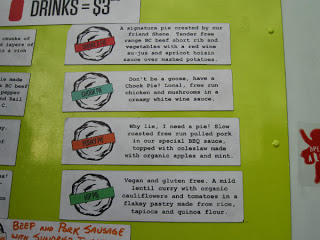 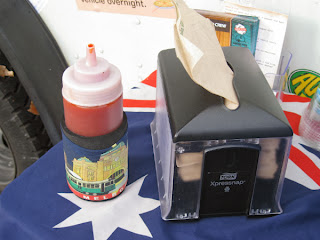 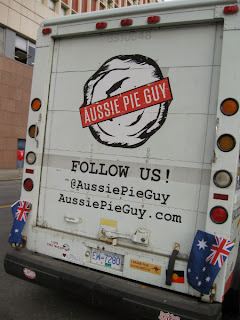