I returned to Homegrown Smoker in late November. For some reason, I was on a burrito bender and figured a vegan meal would logically allow me to eat more later. Healthy food means you can consume more of it, right? 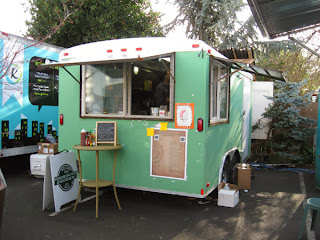 The menu basically remains the same as I remember it. Also be on the lookout for some awesome specials. 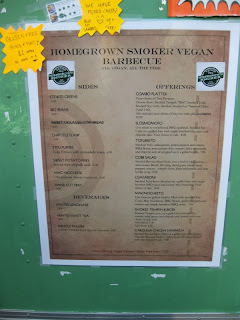 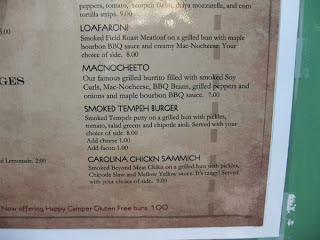 The Macnocheeto is a carb-filled, blissful meal. The mac-nocheese used large elbow macaroni. Addicting BBQ beans. Grilled peppers and onions merely tell me to keep eating because vegetables automatically make a meal healthy. Whomever invented maple bourbon BBQ sauce needs to be nominated for a Nobel Prize. If you blindfolded me and didn't tell me what was in it, I still would have eaten the whole thing -- and I probably wouldn't have asked if it contained meat or animal products. No doubt, I'd definitely get this again.

Before and after I ordered, a number of people stepped up to order from here. The fans don't lie. Must be a heck of a place. 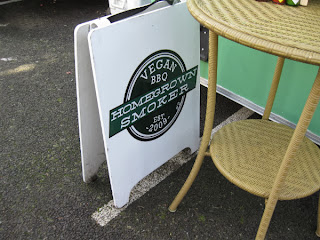 Give Homegrown Smoker a try if you haven't already. You may be pleasantly surprised! 8.75/10
Posted by Aaron at 12:00 AM