Smokin' Rome's BBQ is located at the Cartlandia food pod in Portland, Oregon. 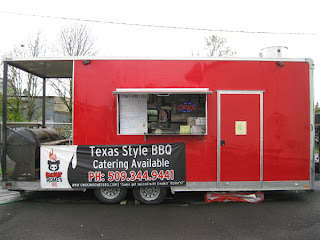 Three generations have laid the foundation for Smokin' Rome's BBQ, from grandpa James to father (Pit Master) Wayne, and now owner Jerome. They specialize in Texas-style BBQ that James started in Southeast Texas. Wayne brought that same BBQ to Southern California (where his restaurant is still going today). Jerome opened his mobile BBQ truck in Spokane before moving to Portland a few months ago. 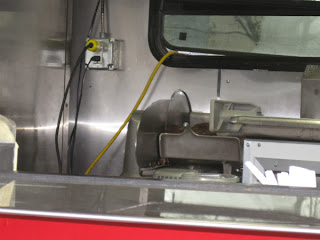 It's the standard BBQ menu here: brisket, pulled pork, sausage, and sides. Jerome told me that brisket is far and away the top seller.

The Brisket Sandwich Combo ($9) packs a nice amount of juicy, tender brisket from the smoker. Jerome slices the brisket (probably chilled so it doesn't fall apart) and heats it back up. He fills a toasted garlic bun with the heated brisket and adds sweet-tangy Texas-style BBQ sauce on top. It's hands down one of the better BBQ sandwiches I've had.

Unfortunately for now, it appears that the cart is only open on Fridays, when I'm unable to make it down (I tried the food on the final Saturday he was open before switching to the Friday-only schedule).

Smokin' Rome's also does a BBQ Parfait, which includes baked beans, mashed potatoes, pulled pork, and smoked sausage. Again, I wonder if Jerome would be open to putting some crunchy cole slaw on top of the parfait for that added texture contrast. Funny how I had never heard of such a menu item before this cart and Da Fat Boyz BBQ came along. 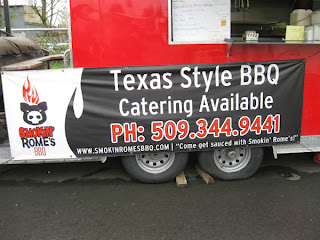