Alotto Gelato is located near the corner of NW 23rd and Lovejoy in Portland, Oregon. This family-owned establishment opened in 2003, offering a rotating selection of gelato and sorbetto flavors. 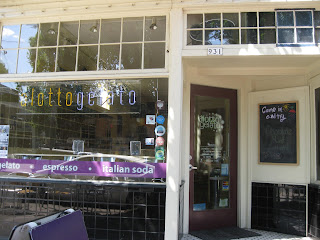 The place is rather tiny as I walk in, but it's bright and inviting. A simple menu hangs above the counter, with the flavor board to the left. Around two dozen flavors are available at any one time, and several include chunks of ingredients. For example, cookies 'n cream has real Oreos, while the cheesecake has crumbles of what appear to be a graham cracker crust. 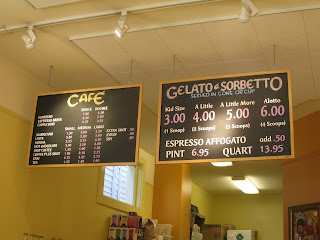 The salted caramel remains one of their most popular flavors. All gelato here uses whole milk, and gelato generally has significantly more intense flavors than its ice cream cousin. The caramel immediately hits the palate, and I'm sure my panda head snapped back as the flavor jolt kept roundhouse kicking my mouth. While the flavors alone are worth the price of admission, the velvety gelato and contrasting textures (applicable only to some flavors) make me want to keep coming back for another Italian torture session. 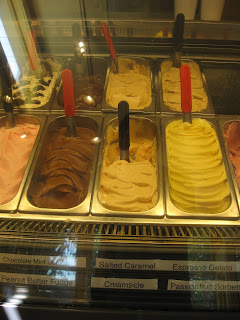 As far as some other flavors go, the coconut was OK, but I expected a bit more coconut kickback. On the other hand, enough of the espresso gelato probably could made me a jittery panda for the next 10 hours. The sorbettos should possess lighter, more refreshing qualities, if you prefer that route. 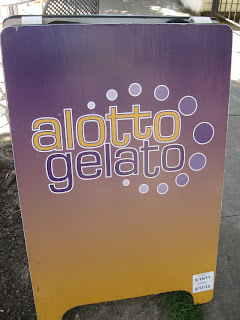 Everything is made fresh daily. NW 23rd in general will have a zoo of people, but head on over here anyway and check this place out! 8/10
Posted by Aaron at 11:15 PM