Mariscos Playa Azul is a Mexican food cart located on Silverton Road in Salem, Oregon. Taco carts in Salem largely come and go, and Mariscos is currently one of a handful of taco trucks scattered throughout Oregon's capital. From what I discovered, it also went by the name "El Pollo Feliz" at one time or another. 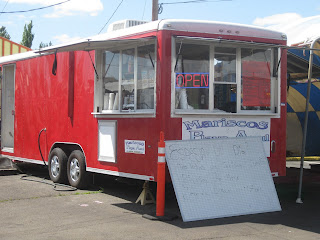 After being a stupid panda and forgetting that some food establishments up here are closed on Mondays, I headed to this taco cart for a quick bite. 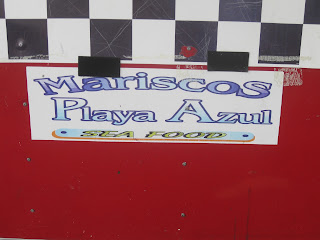 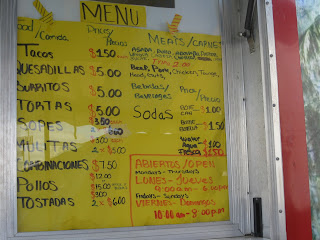 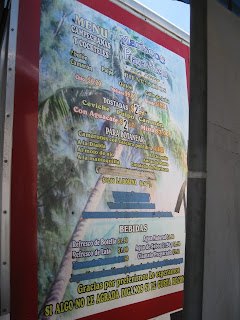 The menu is fairly simple: tacos, burritos, quesadillas, tortas, etc. I got a couple of tacos -- one asada and one lengua -- for $3 total. Both meats were juicy, flavorful, and delicious. Since only a single corn tortilla held everything, made things just a bit messy. But after I stupidly attempted to eat 20 La Perla tacos a few weeks back, I think I appreciated avoiding that corn tortilla overload that much more.

The man running the cart just gives you plain tacos (choice of meat in a corn tortilla). After that, there's a condiment bar where you can customize your tacos however you want. It's a great move, as everyone has different tastes. Some of the sauces and condiments actually had respectable kick! 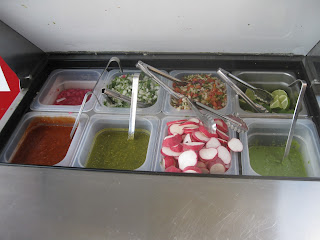 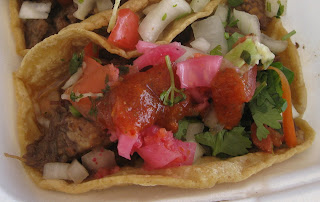 I like the large covered seating area adjacent to the cart. It's a big selling point, especially for the all-too-familiar rainy weather Oregon has. 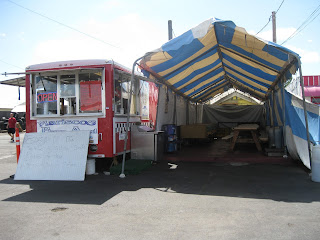 My only real concern was the service. Since I can't speak or understand much Spanish, the language barrier can be pretty noticeable. Also, on my visit, the man running the cart didn't smile the entire time. I believe that was his son sitting in the cart, and the boy largely kept to himself. Perhaps it's the nature of the business or the cultural background, but I'm more likely to be a fan if the service came with a smile. As a result, it's more a higher-end "A-OK."

This shouldn't stop people from trying them out. The prices are very reasonable. Maybe I'll head back for a burrito in the future. 6.75/10
Posted by Aaron at 11:30 PM