AND Cafe is a small dive breakfast and lunch shop near the corner of SE 55th and E Burnside in Portland, Oregon. Ashley Arthur and Dan Harding (A 'n D...get it?), the owners of the successful vegan food cart "Off the Griddle," launched AND in mid-November 2011. 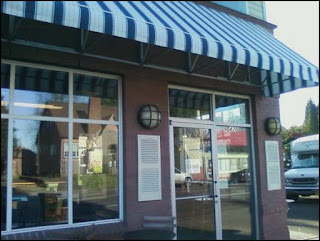 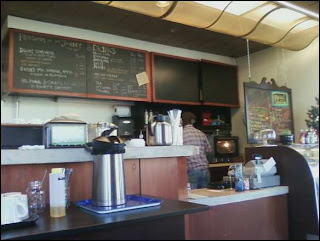 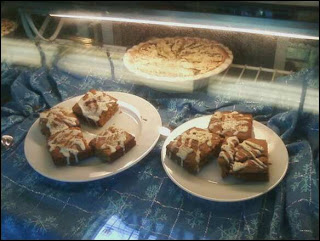 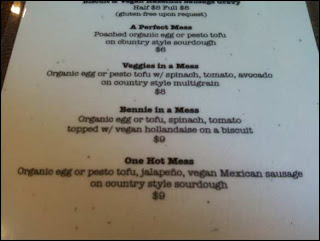 I ordered the "Bennie in a Mess" ($9), an organic poached egg (or you can get tofu instead), spinach, sliced tomato, and vegan hollandaise on a biscuit, sprinkled with green onions.

I'm not entirely sold on the biscuit (made at a local bakery) because it was dense and cakey in texture. It's a good choice to ensure that foundation doesn't collapse, though. Perhaps toasting the biscuit could work well here? I coulda put some Cholula hot sauce on there, but decided not to. Too busy enjoying the hollandaise.

The waffles and biscuit sandwiches are generally popular breakfast items, and I might try either (or both) next time. Ashley and Dan are great people to talk to...great service! Check out AND Cafe! 6.5/10
Posted by Aaron at 1:30 AM