My pizza craving led me straight to Church St. Pizza, located on...Church St. in downtown Salem, Oregon. There is a NEW culinary team, headed by general manager/owner Demitri Georgedes, and also includes Amy, Ivo, and Eric. This was also my first visit to Church St. Pizza since ownership changed hands in early December 2011. 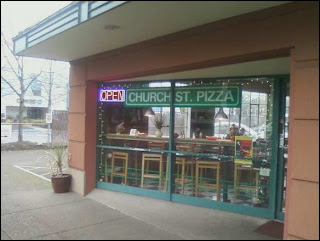 I had a choice of six different pizzas here, ranging from the standard pepperoni to a pesto chicken pizza. I like vegetables, so at the employee's suggestion, I ordered the vegetarian pizza ($3.50): mushrooms, onions, olives, and red and yellow bell peppers on a pesto-based sauce. After popping the slice back in the oven for a few minutes to heat up (for extra crispiness), my slice was ready. 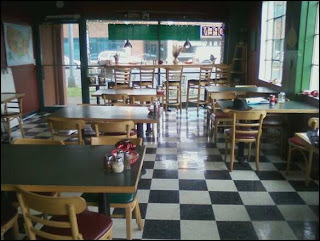 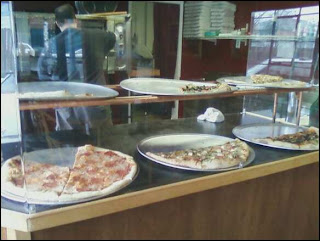 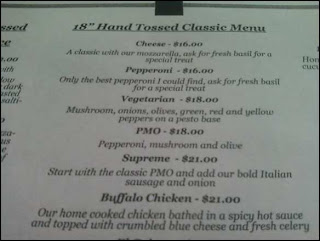 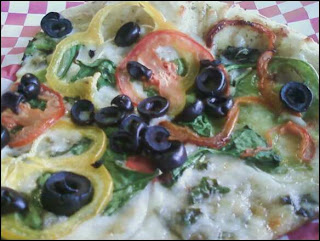 I have to say again, a marked improvement from my previous visit a few months back. A generous slice of pizza! The crust possessed such a ear-pleasing crunch, the underside of the pizza a lovely brownish tint. The cheese had that stringy quality, the right amount to allow me to appreciate the pesto (yup, spotted the basil in there) and the abundance of high-quality toppings. Yup, a lot of toppings this time -- unlike my first visit many months ago.

Since it was a veggie pizza, it (happily) did not feel heavy in the stomach, so I avoided the food coma "can't get out of my seat" feeling. Yeah man, I still needed to get my behind home after eating this.

Contrary to one recent Yelp review, I found the place very clean. The two guys working (I'll guess it was Demitri and Eric) were friendly and on the ball with the service. I'd be back for sure.

Also, since the ownership change, Church St. Pizza has a more prominent role on Facebook, promoting their latest special pizzas and announcements. In December, they had such offerings like a Four Cheese pizza (mozzarella, ricotta, fontina, and manchego) -- even a spicier pizza (pepperoni, jalapeno, pepperoncini, roasted garlic, olives, and habaneros). If those pizzas taste anywhere as good as they look (plus the crisp crust, of course), I'd camp out in that joint for time immemorial.

It's close, but I'd give Church St. the nod over Straight From New York. I like the wider selection of pizzas and specials promoted here. I'm diggin' that ownership change. Brilliant!
Posted by Aaron at 1:15 AM