But at Sanborn's, one of their signature items has to be the German pancake (a.k.a. a Dutch Baby pancake or a "Bismarck"). It's a sweet, almost deep-dish-like pancake, baked in a metal dish. It can be eaten plain (as in just with the usual butter or syrup condiments) or can be filled with fruit. 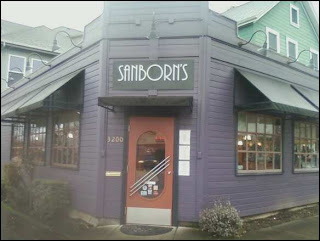 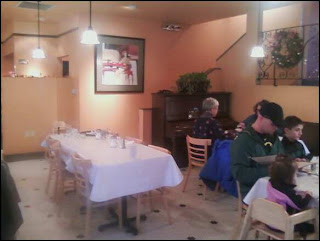 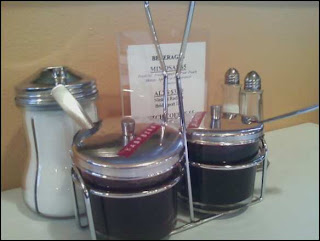 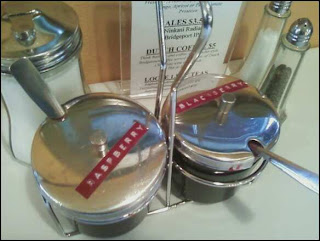 I was stoked to try one of the German pancakes, and the server recommended the German Apple Pancake ($8.79). A German pancake is baked, filled with sliced apples (using Braeburn this time) caramelized in sugar and a boatload of cinnamon. My pancake came fresh from the oven, piping hot.

This was basically like eating an apple pie on steroids -- both in size and flavor. I tasted some slight charred spots that formed on the edges, but that's minor. I could tell just from looking at the apples...perfectly cooked (enough structure to hold its shape, but soft when eating it). I consider myself a "cinnaholic," so anything with cinnamon is really a win here. The sugar, on the other hand, really got to me as I noshed on this mammoth pancake. The pancake was virtually flawless in execution. I felt it also gave me enough sugar for the rest of the week. Now I know how Furious Pete felt after eating just a few scoops of Nutella.

Sanborn's is a great place for breakfast. I'll try something more savory next time. Maybe a Kelly Street Special or the Eggs Benedict, I guess. 7.75/10
Posted by Aaron at 1:30 AM